This annual giving video Pennsylvania’s historic Baldwin School was a great success for their annual fund.

For the Baldwin School’s 125th anniversary celebration we at deweymedia created this video. It has been used as a highlight at both small and large gatherings of alumnae around the country during the 125th anniversary year (2013-14) of Baldwin’s creation.

Baldwin is an all-girls private day school located just outside of Philadelphia in Bryn Mawr, PA. For 125 years it has been a champion of exceptional single-sex education, developing talented girls into confident young women with vision, global understanding, and the competency to make significant and enduring contributions to the world. 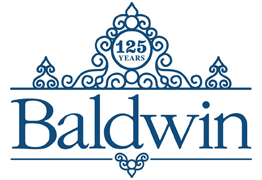 While Baldwin has grown and adapted with the country throughout its existence, its commitment to its traditions and principles are resolute. Each and every year Baldwin’s graduates leave its halls to change the world with the courage and steadfastness instilled in them in their time at the school.

For any institution to have longevity it must have three things: a successful fundamental idea, the ability to adapt, and individuals with the wisdom and foresight to understand how to do so. For 125 years, Baldwin has done just that, and in this video we guide the viewer through the fascinating stories that make up Baldwin’s history.

To read more about this production, as well as see other supplemental videos that were made as a part of this campaign, click here.