Pictures from Our Productions

Meet the Girls of Baldwin (1) 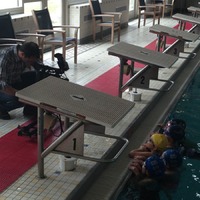 Here are images from the Baldwin School located in Bryn Mawr, PA. 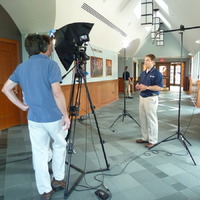 Here are some shots from the 125th anniversary fund raising video we shot for Horace Mann School. 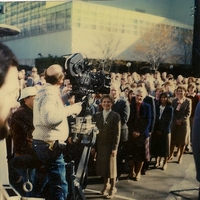 This was from a Hallmark shoot early in my career. In those days I was producing TV commercials for Ogilvy advertising. In these two shots you can see our cameras that were shooting 5000 employees from Hallmark at the Kansas City headquarters of Hallmark all singing a song written for the 75th anniversary of the company. The employees all sang to a click track that played the music and then we dubbed in their voices in the audio mix. We shot the shot about five times, but everything had to be perfect and as you might imagine it was a signifcant logistical challenge. 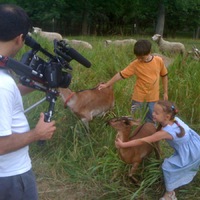 The Stowers children play with goats on their family farm. The Stowers farm is located 40 miles from Cleveland, OH in LaGrange, Ohio. This film investigates issues confronting small farmers across the U.S. We started filming this project in late June of 2009.

Shots from of a series of interviews for the Duke University Annual Fund.  (3) 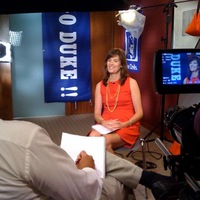 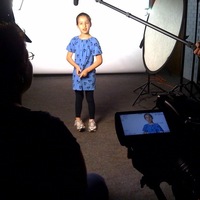 Talking to those who really know what’s going on. (CLICK ON PIC FOR MORE) 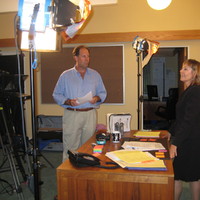 Paul speaks to Ann Wright about her lines for the next scene. Teleprompter used for major scenes. Click on Photo to see more photos. 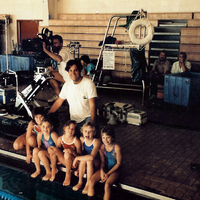 Here’s a shot of Paul shooting a commercial for Hardees when he worked for Ogilvy & Mather advertising. Ogilvy sent Paul to New York University film school classes at night.