This non-profit film was created for the 175th Anniversary of Perkins School for the Blind in Watertown, MA and produced by Paul Dewey. It shows the wide range of services offered by Perkins to partially sighted and blind people of all ages, around the world.

This has always been one of my favorite projects because of the remarkable, committed teachers at Perkins. This first school for the blind, where Helen Keller learned to read and write, is truly one of a kind… Take it from Barbara Bush, who introduces the piece.

We are always at our happiest when we can fulfill a client’s needs and satisfy them, and it’s particularly rewarding when it’s for an organization like the Perkins School for the Blind, which has done and continues to do so much good for the community.

Technology has come a vast distance since this video was made for the school, and today the students at Perkins are more connected to the world than ever. If the technology continues to advance, we hope the world will continue to be ever more compatible with the visually impaired among us. Though the video has become somewhat dated now, the core principles of the school that are profiled in the video remain intact. The school is still primarily focused on assisting each individual who passes through its doors towards a life with as much independence as possible, as well as maintaining a supportive and beneficial community. 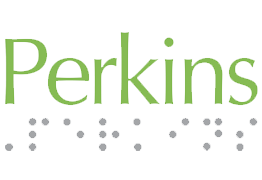