This is not your typical fundraising video. To create this animation for Horace Mann’s 2013 annual fund, we had a script collaboration between Deweymedia and the Horace Mann fund raising team… then it was brought to life by one Deweymedia design partner. These are interesting projects, but they take more work up front than a typical project before the animator truly starts animating. We’ve done several different projects for the Horace Mann School, but never anything quite like this. All the projects we do require thoughtful planning before we begin filming or constructing them, but animation compounds the necessity to have a design planned out. Each element in the piece employs some movement, whether it’s a graph, a figure or even text, but making even “minor” changes can result in major reworking for the animator which means that animation requires commitment locking in a script early in the process, unlike live action which allows for a lot more ‘story flexibility’ later in the production process. 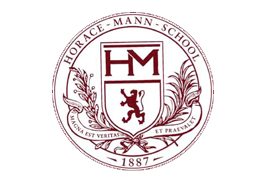 Using animation for this 2013 annual fundraising video allowed us to fill this relatively short piece with lots of detail, but also to maintain a powerful and driving rhythm which arrests the viewer’s attention. Graphic design shares many of the essentials in common with video, but they are also fundamentally unique entities.  Having an experienced and extensive team of specialists to turn to when our projects demand, allows us to be both flexible and effective.